Embracing Our Imperfections at Birth 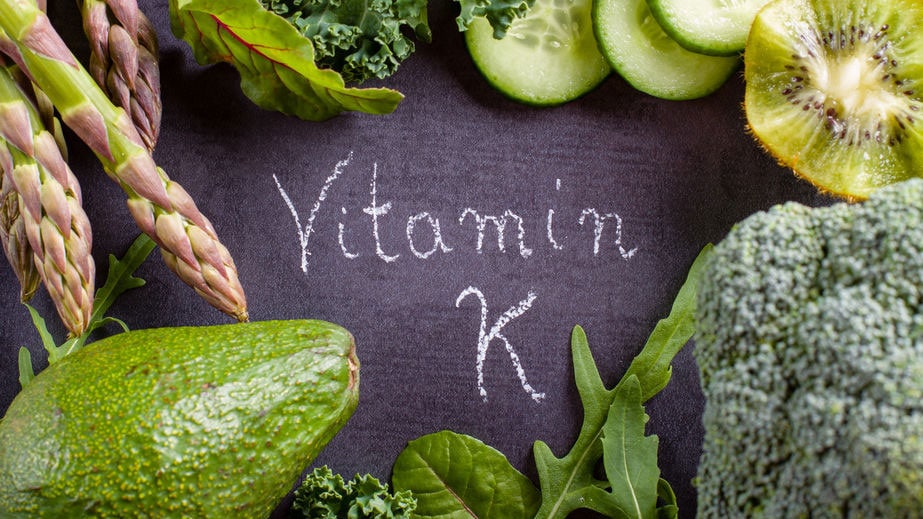 “..if only these treasures were not so fragile as they are precious and beautiful.”

It may seem arrogant to say we could possibly improve on nature’s design that it took millions of years to develop, but the story of vitamin K highlights a rare flaw. Every newborn baby is born with low levels of vitamin K. Newborns have low Vitamin K because it does not cross over well from pregnant moms to babies in the womb and it is low in breast milk. This low vitamin K places them at risk for excessive bleeding (from circumcision sites or sometimes bleeding in the brain) for as late as the first 6 months of life. The later forms of bleeding occurring after 1 week of age is more dangerous with a higher risk of babies bleeding in the brain and permanent brain damage[1]. Ironically enough, although we recommend breastfeeding as the optimal form of nutrition for babies, there has never been a case of severe brain bleeding from low vitamin K in formula fed infants[2].

This concern about bleeding is the reason every newborn today should get vitamin K at birth. Most people have never heard of this condition and the reason is that we have become so awesome at preventing it in our medically advanced and wealthy nation. If no babies in this country received vitamin K at birth, there would be about 45 cases of newborn bleeding daily[3] and about 300 children would have severe brain bleeding annually1. A vitamin K injection is better than oral vitamin K because the oral form tastes awful for babies and it is three times worse at preventing bleeding compared with injectable vitamin K due to issues with absorption and increased chances of incomplete treatment doses[4] [5]. The injectable form becomes especially important in preterm babies, getting antibiotics at birth, those with liver disease or diarrhea as they are at increased risk of bleeding episodes.

Vitamin K injections have been recommended by the American academy of pediatrics since 1961 as protection against vitamin K deficiency bleeding (previously hemorrhagic disease of the newborn)[6]. This recommendation virtually eliminated the disorder in this country. New parents initially happily accepted those recommendations but starting around 2013 a growing number began to refuse vitamin K in hospitals and subsequently cases in Tennessee of brain bleeding occurred[7]. Today, the rate of refusal is approximately 1 in 200 families1. What has changed?! One major shift From 1960 until the 2000’s is the growing mistrust of medical authorities. The mistrust is there for valid reasons. From the opioid epidemic to the corporatization of routine medical care (see my previous blog post) regular people see doctors as removed from society and not looking out for their best interests.

If the word of the medical community is not to be trusted, then people turn to their own “gut” senses and their friends and families to make these healthcare decisions. There are concerns that families have about vitamin injections for newborns including causing pain, the preservatives in the injection, allergic and possibilities of other harmful effects. It is wise to be cautious about any treatment that has to be done on otherwise healthy people. These decisions are not always straightforward and we must have a sense of numbers when balancing benefits with harms.

The initial trials of using injectable Vitamin k have demonstrated that is both safe and effective in thousands of babies[8]. Since that time with widespread use of this intervention, we have even more information on what happens to millions of children with the administration of vitamin K. The aggregate of all this data confirms its safety and efficacy even more[9]. In 1990, a researcher raised concern about a possible association between vitamin K and cancers in children[10]. When this was further studied more in depth in 2002, no such association could be verified and no study since then has shown any link between cancers and vitamin K1, [11].

So please have a look at the image below summarizing measured risks and judge for yourself. The data clearly shows the risks from a zoomed out world view and that there are real consequences with skipping recommended medical interventions. There are many diseases and forms of suffering that humanity has had to deal with in the past that we are now able to avoid with the power of science. This is not our inborn weakness but rather the strength of humanity that we are able to overcome our own limitations.

If you wish to read a wonderful and detailed article about vitamin k in babies detailing many research studies please go to: https://evidencebasedbirth.com/evidence-for-the-vitamin-k-shot-in-newborns/ 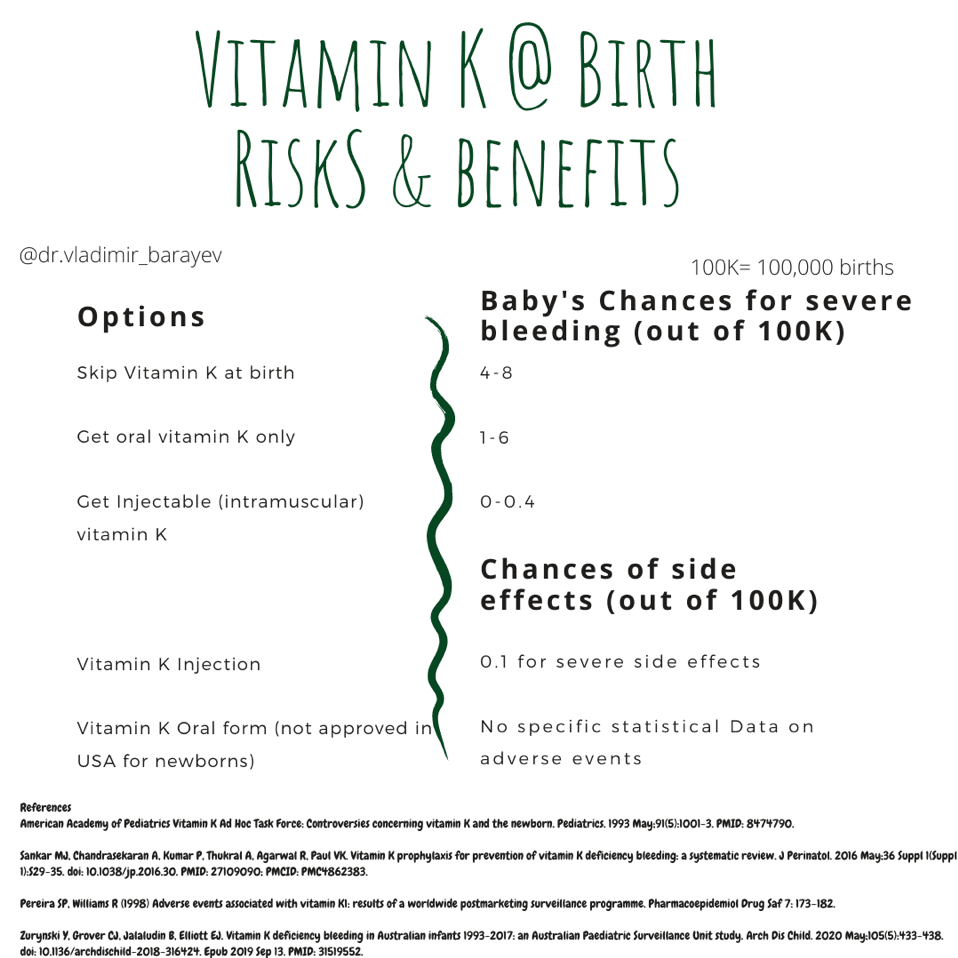 [2] Evidence on: The Vitamin K Shot in Newborns. Accessed on March 10, 2021. https://evidencebasedbirth.com/evidence-for-the-vitamin-k-shot-in-newborns/

[6] American Academy of Pediatrics. “Committee on Nutrition. Vitamin K compounds and the water-soluble analogues: use in therapy and prophylaxis in pediatrics.” Pediatrics 28.3 (1961): 501-507.